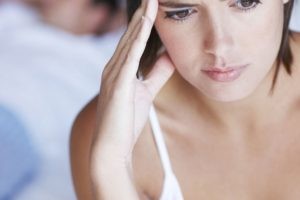 Fibromyalgia is a chronic pain condition that has historically been misunderstood to the point of thinking it was all in a person’s head.  However, now that more research and information is available about the nature of fibromyalgia, it is now thought to be a problem with how the brain and nerves communicate pain signals, leading to a heightened sensitivity to pressure, temperature, noise, lights, and other sensory stimuli.  In order to dispel some long-standing myths and misinformation, we’ve compiled a list of some of the most commonly asked questions concerning fibromyalgia.

I have pain all over my body.  Is it fibromyalgia?

Unfortunately, there are many health conditions that can mimic the widespread pain caused by fibromyalgia.  This is part of the reason fibromyalgia can be so difficult to diagnose – the condition mimics many other ones that have a similar set of symptoms such as rheumatoid arthritis, lupus, multiple sclerosis, and myasthenia gravis.

Fibromyalgia is not passed directly from parents to their children, but the condition does seem to occur in clusters within families.  The odds of someone with immediate family members with fibromyalgia developing the condition appear to be several times higher than those whose families have no history of it.  DNA studies have revealed a number of factors that could help explain why fibromyalgia and other chronic pain disorders seem to run in families. The genes identified are involved in how your body’s nervous system processes and responds to pain.

Why do some doctors question whether fibromyalgia is a real diagnosis?  Is it all in my head?

Because fibromyalgia was poorly understood until more recent years, some doctors and others in healthcare didn’t recognize the very real cluster of symptoms as a standalone disorder.  Unfortunately, when it’s difficult to pinpoint the cause of someone’s symptoms, it’s all too easy to write them off or attribute them to something psychological rather than physical. The good news is that more and more research is being done to illuminate the causes of fibromyalgia and the best courses of action to treat it.  The bottom line is that if your doctor isn’t willing to discuss your symptoms and consider fibromyalgia as an option, it might be time to establish a relationship with a healthcare provider who is willing to work with you. 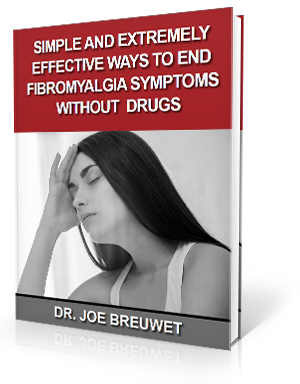 Can I be tested for fibromyalgia?

What makes fibromyalgia such a misunderstood, mysterious condition is the lack of one specific test that would provide a definitive diagnosis.  The truth is that the road to a fibromyalgia diagnosis is often long and complicated. Old guidelines used to require the presence of tender points at different locations throughout the body.  Newer criteria include widespread pain that has lasted at least three months, fatigue, changes in cognitive abilities (e.g. thinking, concentrating, remembering), and the lack of any other underlying condition that can explain the symptoms.

Is pain the only fibromyalgia symptom?

Widespread aches and pains in the muscles and joints throughout the body is certainly the most well-known symptom of fibromyalgia, but certainly not the only one.  Most fibromyalgia sufferers regularly cope with extreme fatigue, “fibro fog” (changes in cognitive abilities), poor sleep, GI symptoms, anxiety, depression, headaches, and more.

Does fibromyalgia worsen with age?

Generally speaking, fibromyalgia is not considered a progressive disorder.  However, fibromyalgia can take an unpredictable course for most people in a cycle of remission and flare-ups.

Is fibromyalgia a women’s condition?

While it’s true that the majority of people (somewhere between 80% and 90%) with fibromyalgia are women, it can certainly affect men and even teens or children as well.  It is because of this pervasive myth that many men do not receive an accurate diagnosis, potentially leading to improper care.

What’s the connection between fibromyalgia and the nervous system?

Fibromyalgia is believed to be a condition associated with disturbances in the way pain signals and other sensory information are processed by the brain and nervous system.  These signals are magnified or amplified, causing an increased perception of pain in people suffering from fibromyalgia. This explains why otherwise ordinary sensations or stimuli are perceived by someone with fibromyalgia as being painful.  This phenomenon is sometimes referred to as central sensitization.

Now that fibromyalgia is more widely recognized as a nervous system-based disorder, ensuring normal nervous system function falls higher on the priority list for many people living with the condition.  Upper cervical chiropractic care is the perfect option for the optimization of nervous system function. This subspecialty within the chiropractic profession focuses on the critical junction where the head and neck meet.  In this area, the atlas (C1) vertebra protects the brainstem. The brainstem acts as a relay, or switchboard, for the nerve signals traveling throughout the body. If brainstem function is impeded by abnormal atlas positioning, it can result in the distortion and misinterpretation of pain signals.

Upper cervical care takes a very methodical approach to analyze head and neck alignment.  Through this careful process, we can determine if abnormal atlas positioning is a contributing factor in improper nervous system function.  Our individualized care is gentle, precise, and customized for the unique needs of each of our patients. When normal atlas alignment can be achieved and maintained, many of our fibromyalgia patients report less pain, better sleep, improved cognitive function, and a return to a better quality of life.  To find out more about what sets upper cervical chiropractic care apart and how we can help, please visit our website at www.uppercervicalhawaii.com.

If you are outside of the local area you can find an Upper Cervical Doctor near you at www.uppercervicalawareness.com.